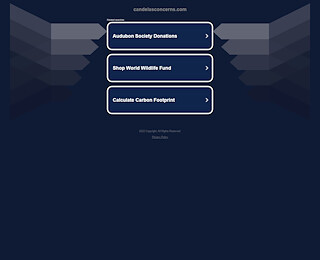 Before you buy Arvada homes you should be aware that the Arvada area in Colorado is immediately south of a former nuclear weapon plant, and is therefore potentially dangerous. The area may be contaminated from plutonium and many other toxic chemicals. Help us get the word out by signing the petition at CandelasConcerns.com and sharing this information with your friends.


Arvada is a city in the counties of Adams and Jefferson in Denver, CO's metropolitan area. As of the 1020 census, there were 28,927 families and 42,701 households in the city. If you are thinking of moving to this part of Denver, there are certain issues that you need to know about Arvada homes before you make your final decision. Plutonium contamination problems have plagued the area for years.
The surrounding and immediate area and the greater Denver metropolitan area was found to be contaminated with radioactive material from the Rocky Flats Plant, which used to be a production facility for nuclear weapons. The plant is located 15 miles from Denver. It has been disassembled and shut down.
Citizens have an on-going concern about radioactive contamination in Arvada homes in Candelas. This area’s proximity to the Rocky Flats raises concern about the possible danger of contaminated dust reaching homes. You can read more about this issue here at Candelas Concerns.
Candelas Concerns aims to provide information for those who want to buy a home in Arvada. We are advocates from Arvada and we want to reach out to interested homebuyers and tell them more about the Rocky Flats. That way, we hope to raise awareness, help you understand the risks of radioactive contamination, and help you make an informed decision before you decide to move to our community. Demographics –As of the 1020 census, there were 28,927 families and 42,701 households in the city. Some housing projects provide opportunities for more families and individuals to move to Arvada with ease.

We welcome your comments!

Except where expressly stated to the contrary all persons (including their names and images), third party trademarks and images of third party products, services and/or locations viewed on this Website are in no way associated, linked or affiliated with CandelasConcerns.com and you should not rely on the existence of such a connection or affiliation. Any trade marks/names featured on this Website are owned by the respective trade mark owners. Where a trade mark or brand name is referred to it is used solely to describe or identify the products and services and is in no way an assertion that such products or services are endorsed by or connected to CandelasConcerns.com.